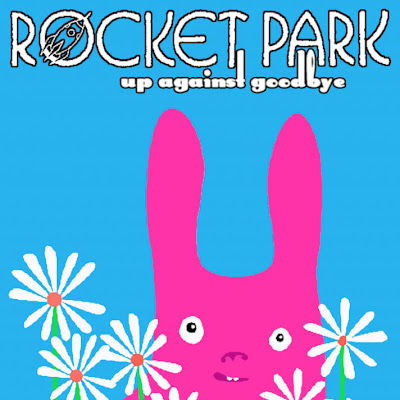 "After 1999's "Teenage Folklore" and 2000's "The Effects of Eating Too Much Television", a third album was surely right around the corner for Rocket Park, right? Well, after cranking out two full length albums in two years at our expense while still working day jobs, we needed a breather. So we spent 2001 gigging, recording demos and tracks for various artists compilations, and responding to some indie label overtures. When 2002 rolled around and we were no closer to being signed, we thought about all we'd learned from Mike Martin (engineer and co-producer of the previous albums), bought our own recording gear and decided we would paint our own masterpiece. Little did we know the final brushstrokes wouldn't be in place for another seven years.
The actual recording of the album wasn't that problematic, aside from the occasional arguments that always emerge from a shared artistic endeavor. It's everything that followed that got sticky - a ridiculously protracted mixing process taking place in another city, personnel changes, a lack of effective leadership resulting from a debilitating divorce (mine), indecision, self-destructive perfectionism and, eventually, the demise of the band itself. (...)
It's all a damn shame, really, because it really would've been (and, I guess, is, now that it's floating around) our best album. The material is stronger, the arrangements are more sophisticated, the performances are more assured. It's more of a band effort (and less naive) than "Folklore", more consistent (and less openly derivative) than "Television", and I think the engineering compares favorably to both albums. Eric Moore pounds the drums better than ever (the fill at the end of "Tell It to Samantha" may be one of his finest moments) and Dave Harris' bass lines always find that happy medium between rhythmic simplicity and melodic adventure. And, uh, I like the stuff I did, too. (...)"
(BaM.; more info in the zip-file!)
Here's another fine album for all ROCKET PARK and BRIAN ANDREW MAREK fans. Again, "not the most overtly psychedelic" of his work, "but it's there... lurking..."
Do I hear a slight DAVID BOWIE/ZIGGY STARDUST influence here and there (e.g. "Spinning Around") - especially in the vocals and some of the guitar playing?
Don't forget to check out BAM's older posts!
http://www.myspace.com/brianandrewmarek
Rocket Park - Up Against Goodbye (USA 2002-2003)
(mp3-zip, 13 tracks, 54 min, 124,2 MB, artwork incl.)
Get it here or here!
Posted by mike-floyd at 10:31 PM

Bowie? Hell yeah! We were all fans, and Steve Minnis was a very Ronno-influenced guitarist. We covered "Suffragette City" for a various artists compilation and played a few other Bowie tunes live ("Suffragette City", "Rebel Rebel", and on one memorable occasion, "Width of a Circle"). Now that I think about it, "Full Stop" from this album was just one of my many attempts to write my own "Width of a Circle"! Damn, Mike, you're perceptive.