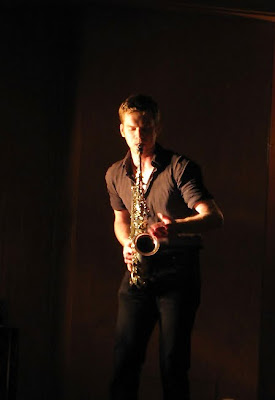 "Thomas Ankersmit is a 30+ year old saxophonist, electronic musician and installation artist born and raised in the Netherlands and now primarily based in Berlin who combines abstract, intensely focused saxophone playing with hyper-kinetic analogue synth and computer improvisation. He also creates installation pieces that use sound, infrasound and "modifications to the acoustic characters of spaces" that disrupt the viewer/listener's perception of the exhibition space and their presence within it. He frequently works together with New York minimalist Phill Niblock and Sicilian electroacoustic improviser Valerio Tricoli, and other collaborators, mostly for live performances, have included Tony Conrad, Maryanne Amacher, Jim O'Rourke, Kevin Drumm and Borbetomagus." 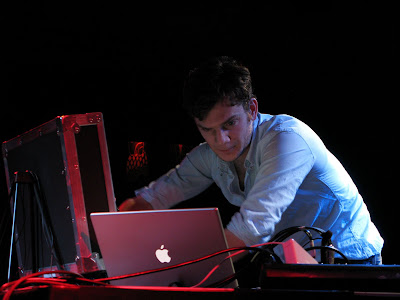 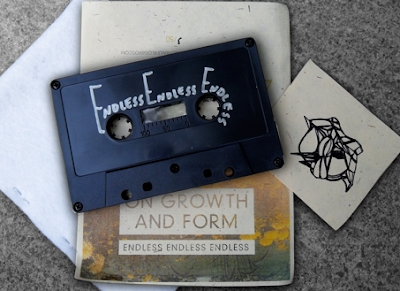 Tired Trails released the latest EEE album On Growth And Form in May 2010 as a limited edition tape (of 50 - probably long sold out!).
James gave me his ok to post the exellent album on HLFP – and so here we go!
"We are really excited about it, these are some of our favorite jams we have recorded and it is great to hear it on tape."
EEE also have a Cassingle out Looking Up/Could Never (listen here) as well as a song free for download I.S.S. (from their New Ongoing Single Series) (find it here).
Great band, that mixes noisy dreamy spacy sounds with electronics.
I'd love to hear and see them live!
Strongly recommended!
http://www.endlessendlessendless.com/
Favourite track: Headed
Find more EEE on HLFP here.
ENDLESS ENDLESS ENDLESS: On Growth And Form
(USA 2010)
(mp3-zip, 5 tracks, 30 min, 70,3 MB)
Get it here or here!
Posted by mike-floyd at 10:46 AM No comments: