Posted by mike-floyd at 9:03 AM No comments:


New video for Bleedstone's closing track off of the debut album "Far From Gone" (2009)
Posted by mike-floyd at 9:39 AM No comments:

Sacred Shrines – Hung Up On Your Wall (AUSTRALIA 2014) Video

"Hung Up on your Wall," taken from their recent 7 inch release.

"We're a psychedelic band based in Brisbane, Australia and are currently working on our debut record.  We also recently supported The Dandy Warhols on their Australian tour.

We would be stoked if you would check out our latest clip."

Nice piece of retro psychedelic from Australia, that reminds me of some of the stuff that I used to do with my friends in the old days ... You know, get into the right mood and get dressed in strange costumes and make a Super-8-movie to be projected against the wall during the next gig.
Well, those were the days, my friends! But has it really changed that much?
Obviously not. And that is great!
Posted by mike-floyd at 11:04 AM 1 comment: 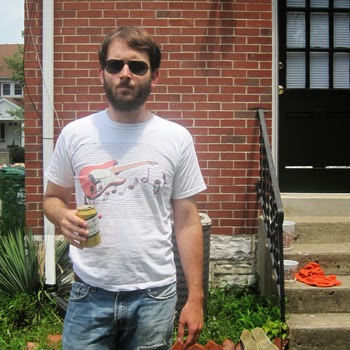 RANGERS from Texas has a new album out on bandcamp for streaming or purchase.

As the older blog readers probably will remember I'm a big fan of RANGERS' work, especially his early, quite lofi collage recordings (still available here on HLFP).
This new release Session Man is much more structured but still excellent and simply beautiful. And it still has that special guitar sound that I enjoy so much.

If you don't know RANGERS yet you should really check him out. If you do know him already you surely will do so anyway.

Enjoy!
And support the artists featured on HLFP!

Here are a couple of YouTube-videos:
Check 'em out here!
Posted by mike-floyd at 9:08 PM No comments: 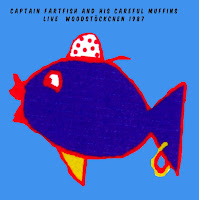 CAPTAIN FARTFISH AND HIS CAREFUL MUFFINS was a psychedelic jam band from Germany, operating between 1987 and 1989 in the Odenwald area near Darmstadt. The three man band was heavily influenced by ZAPPA (especially Zappa's guitar playing – and also his humor), CAPTAIN BEEFHEART AND HIS MAGIC BAND (around his most experimental phase, 1969) and Free Rock/Free Jazz (in the mood of early GURU GURU for example).

What makes this band so special is the excellent guitar playing of both Holger B. and Daniel P. Caesar (later SUPERKING & THE FIRE ACTION, ORANGE among others). It's most of the time quite heavy (the brilliant "Shotokan") and/or very experimental ("Little Insects...", "... Deep Sea Fish").

Another weapon especially for this gig here was the trombone played in an unnerving Free-Jazz-CAPTAIN BEEFHEART-style ("The Captain Whips It Out"...).

The Woodstöckchen (= Little Woodstock) was a small (private party) underground festival, May 1987, in some vineyards near Heppenheim an der Bergstraße. Imagine an improvised stage in front of a small crowd of chatty stoned local freaks in the sunshine and you will get the picture...